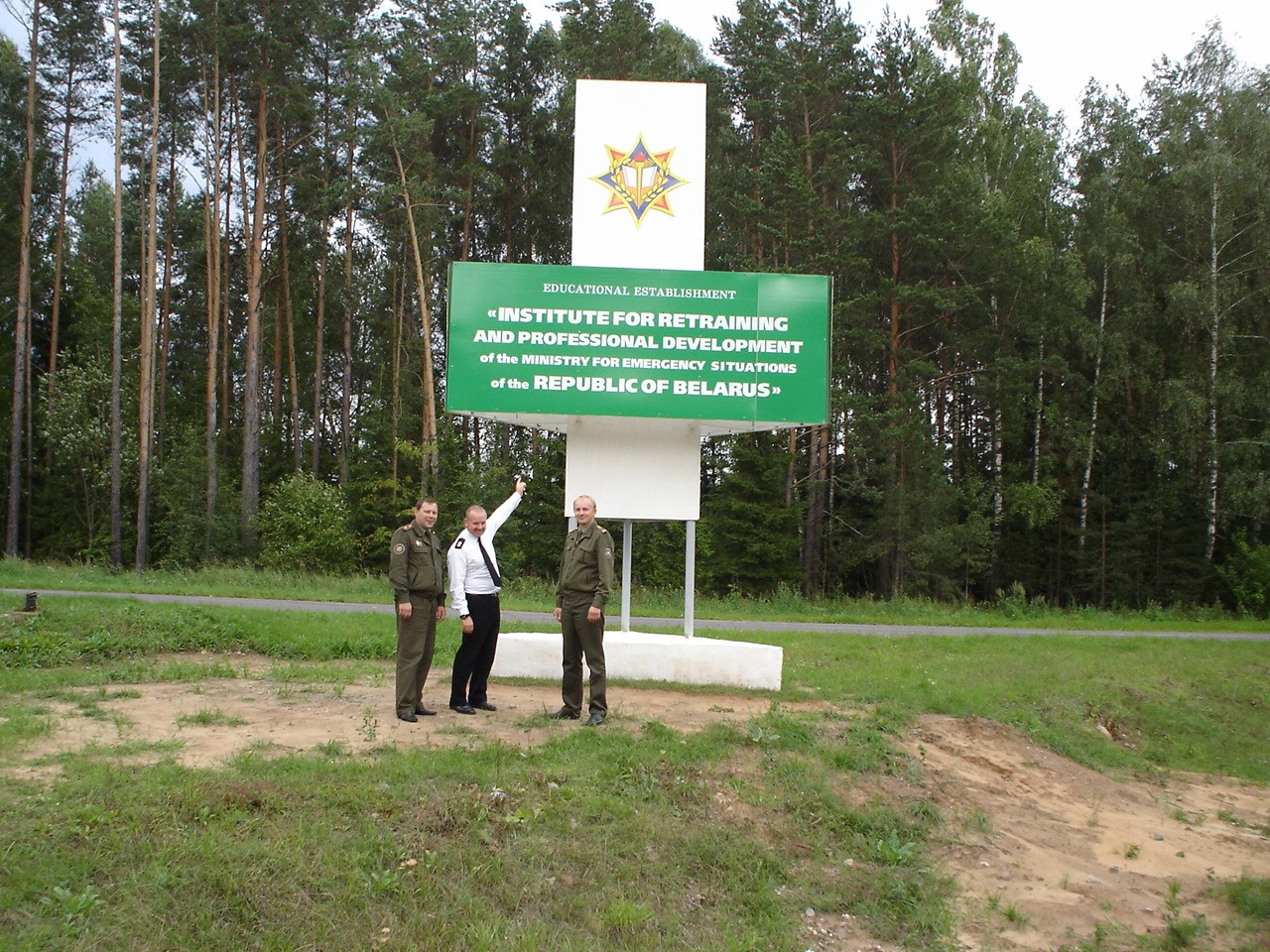 Operation Florian were requested by UK charity “Belarus Aid” to carry out a scoping visit to the Borisov Region in Belarus to see if they could assist in the donation of fire service equipment and PPE. Tony Burscough from Operation Florian and Paul Weepmon from Belarus Aid carried out the visit in August 2005.

Borisov Fire Service is one of six regions that forms the basis of the fire service in Belarus. The team quickly established that the region suffers from lack of personnel, equipment and resources as the economy does not allow for investment in the fire service at the present time.

Equipment and PPE is old, worn out and generally unserviceable. The firefighters are a keen and dedicated workforce but lack the resources to perform to a satisfactory standard dictated by a developing nation.

The team met with various organisations such as fire service, City Mayor’s, local and government officials who had a vested interest in improving their regional fire service. From those meetings an MOU was developed and agreed. Paperwork was processed to allow donations to be received within the country. This process was difficult due to the restraints by the Belarus Government and the International
Community.

Borisov fire service were very open about their present plight, lack of funding etc. What their vision was and what help was required to move this forward. They described how they struggled with domestic fires in large accommodation blocks through lack of equipment and poor fire separation within the buildings.

Accommodation blocks are multi storey (5 to 10 floors), up to 50m wide and 70m long with little or no fire separation between floors and no protected stair cases. When fires result they suffer a large number of casualties through smoke inhalation and significant  fatalities.

It was decided to partner with another UK charity “Chernobyl UK” to transport donations from Operation Florian to Belarus, due to their experience and expertise in delivering donations from the UK.