Bosnia and Herzegovina – Soldiers to Saviours Phase One – 2002 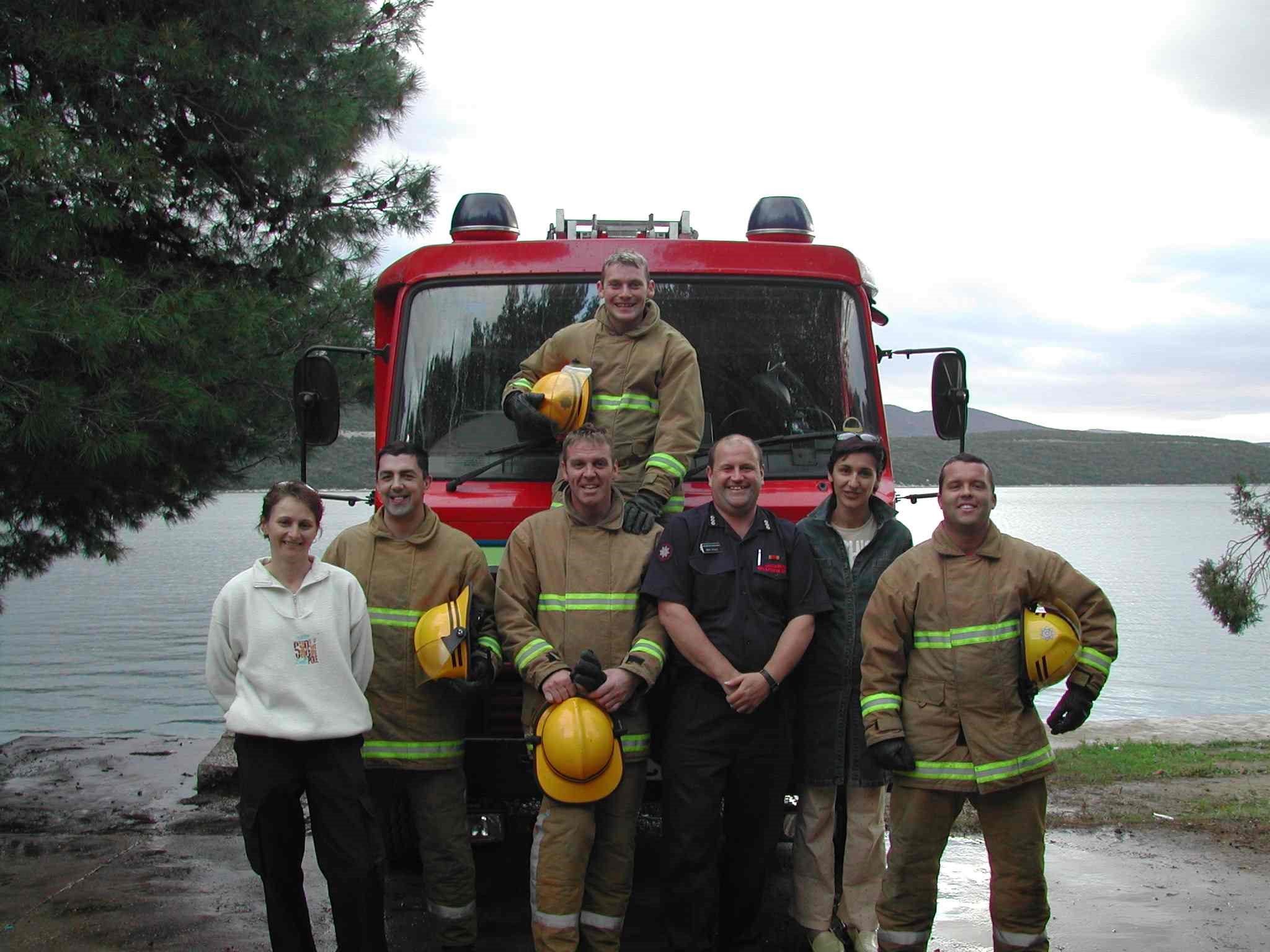 Location: Neum, Bosnia and Herzegovina And All areas of the country over an 8 month period

The camp was set up to train demobbed soldiers from armies throughout the country to be firefighters. This first team would set up for a series of basic firefighter training courses which would continue over a period of 8 months. The project would be equipped and resourced by donations and volunteers from Fire and Rescue Services across the United Kingdom. Soldiers who had fought each other in the Balkans conflict, only a short time ago, would now work together under a disciplined training regime with a common aim.

Mark Brisco (Team Leader), John Timperley, Steve Snape, Steve Roberts, Wayne Walker, Dave Brakewell, Andy Steel and Ivan Hartley.
This was an initial team with many other volunteers following on over an 8 month period. Thanks go to each and every one of those people who gave up their time for a very worthy cause. Many of their names will feature in following phase reports.

The team arrived in Neum at approximately 21:00 hrs local time on Wednesday 9 October.

Work commenced in earnest on the Thursday as 50 students were registered to start training on the following Monday. That gave just 4 days to prepare lectures, set up an office to manage the centre, identify training venues and negotiate suitable storage areas for the equipment that was expected on the Sunday.

It quickly became apparent that suitable training venues were very limited and the team had to use their imagination to identify potential sites. Examples of this were the five a side football pitches used as drill yards for hose running practice and the use of a derelict building at the far end of the town for ladder pitches and pumping drills.

In the space of four days parts of the hotel complex were converted to classrooms, office accommodation and storage ready for the course to begin.

On Sunday 13 October we welcomed the convoy of 2 fire appliances and a personnel carrier. This was eagerly awaited, as the only equipment the team had managed to obtain by this time was 30 lengths of hose and some uniform for the recruits. Unfortunately the arrival of the convoy became a disappointment as much of the equipment was found to be in a poor state of repair, in fact some of it was unserviceable. Drastic action was needed now with less than 24 hours before the students arrived. Operation Florian had carried out some work previously on the island of Brac and three of the convoy drivers left immediately to beg steal and borrow whatever equipment could be found.

On Monday 14 October 2002 48 ex soldiers arrived putting their past differences behind them to concentrate on learning to become firefighters. If successful these men would go back to their cantons to help rebuild their local fire Brigades supported with appliances and equipment to be donated from the UK through Operation Florian.

They very quickly started to gel as a course and their enthusiasm for learning gave the instructors a great sense of achievement and satisfaction. There was still much preparation and hard work to be done setting up facilities for the remaining six weeks of this course and a further 6 to follow but the students attitude made the team all the more determined to make the project a success.

As the weeks went on the courses and the venue continued to develop. A lot of determination and effort was put in to make the project work but the satisfaction of seeing these recruits develop their skills made it all worthwhile.