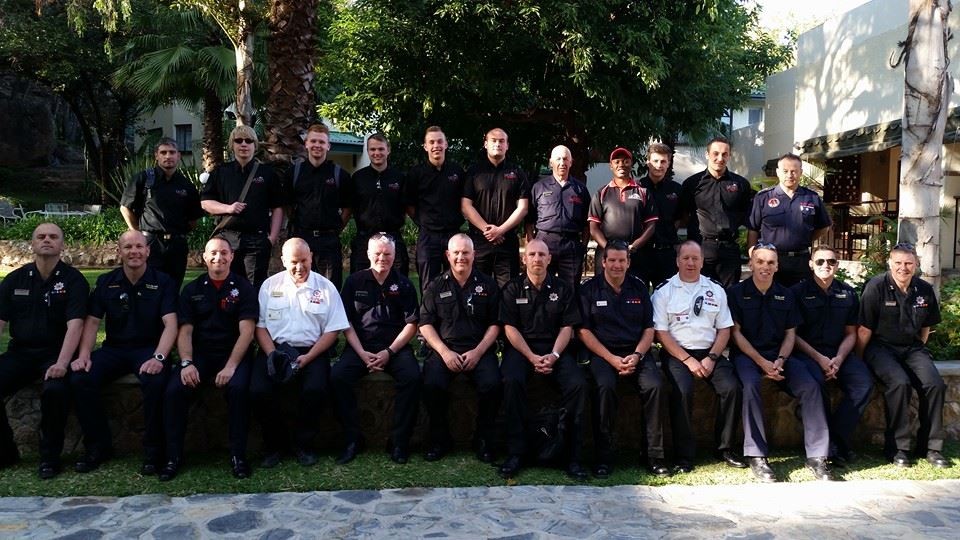 On the 23/05/14, a team of 15 Operation Florian members set off on a mission for Bulawayo Zimbabwe. This Phase 4 Mission in Bulawayo was the result of the success of Phase 1, 2, and 3 training achievements and the positive effect of the donated equipment and fire appliances. This has resulted in an increase in delivery of service to the large community of Bulawayo. To carry out this training required a team of 15 Operation Florian members and 8 students from University of Central Lancashire (UCLAN).

The students from the University of Central Lancashire were to assist on the mission in order to develop their experience and individual skills in their respective fields. They were also given the opportunity to assist in the training in their related subjects. This partnership with the University of Central Lancashire provides financial sponsorship for the students on this unique life changing venture.

Following another donation of operational equipment and fire vehicles, firefighters from Bulawayo and other participating brigades are now equipped and trained to deal with road traffic accidents, casualty handling and thesafe use of self contained breathing apparatus.

The training course was based at Famona Fire Station, which also houses the Service Headquarters. The intensive two week training programme in Bulawayo covered the following course:-

On the 4th of June 2014, a  major incident training exercise was organised which involved a diesel goods train colliding with a car approximately 30 miles outside of the City of Bulawayo. The incident was treated as a live exercise and involved partner agencies, such as, all departments from the Zimbabwe National Railways, Zimbabwe Republic Police, Fire and Ambulance Services. This exercise was designed to test the joint emergency response to a multiple casualty major rail incident in a difficult remote location. University of Central Lancashire students came together with members of the local village community acted as casualties to add the realism to the event and gave the organisations involved a realistic training exercise.

This project would not have been possible without the support, sponsorship and co operation of the following organisations;