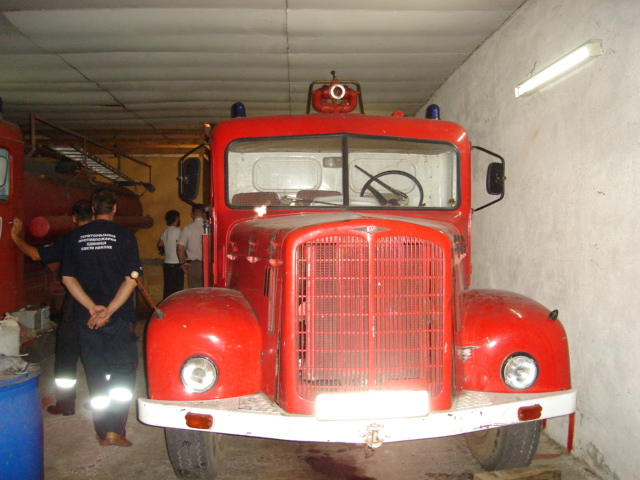 Meetings were set up within each Municipality between Operation Florian, The Chief Fire Officer of each Municipality, The Mayors or their representatives (as many of the countries Mayors were in conference in the USA) and a Municipal member of the DPR (Protection and Rescue Directorate).

Visits to each fire station were carried out in order to establish the levels of equipment, skills and resources that they possessed and what would be required to help them become a more effective Fire and Rescue Service.

The Operation Florian training and development proposals were welcomed wholeheartedly.  In all 3 project areas the Chief Fire officers and the Municipality officials agreed to help in any way they could by offering accommodation and food for instructors during their stay, providing scrap vehicles for RTC training, fuel for equipment and vehicles and ensuring that firefighters could be released from their duties for the full duration of their courses.

This of course assists Operation Florian to keep costs down ensuring more money is available for the areas of training it is desperately required in.

Not only have meetings with the Municipalities been sourced and attended but also with other major players in the country such as ZELS (Local self governing units), formal agreement and support was gained at this particular meeting, however assistance  funding the project was not an option at this time.

A meeting with British Embassy officials was held, this was to clarify that support was available to Operation Florian and to secure any available funding bid.

Full support was given, however funding will be considered during an Embassy internal meeting during November 2007.

It has to be said, that the German Embassy in Skopje and the OSCE (organisation for security and co operation in Europe) provided invaluable help in the form of advice, transport and translators.

Steve Owen-Hughes (Operation Florian trustee) joined the Project Team for three days and his previous experiences in this type of project proved invaluable assisting with support and advice.

During meetings other links were also formed between a school in Sveti Nikole  and a school in St Martins, Shropshire and the possibility of a link between Young Firefighters Associations in the UK and developing similar organisations in Macedonia.

The aim is for the training given to be sustainable, hopefully culminating into a robust recruitment, training strategy and National training centre established in Macedonia.

We are grateful for all the help and support of the Macedonian team and hope to be back soon.