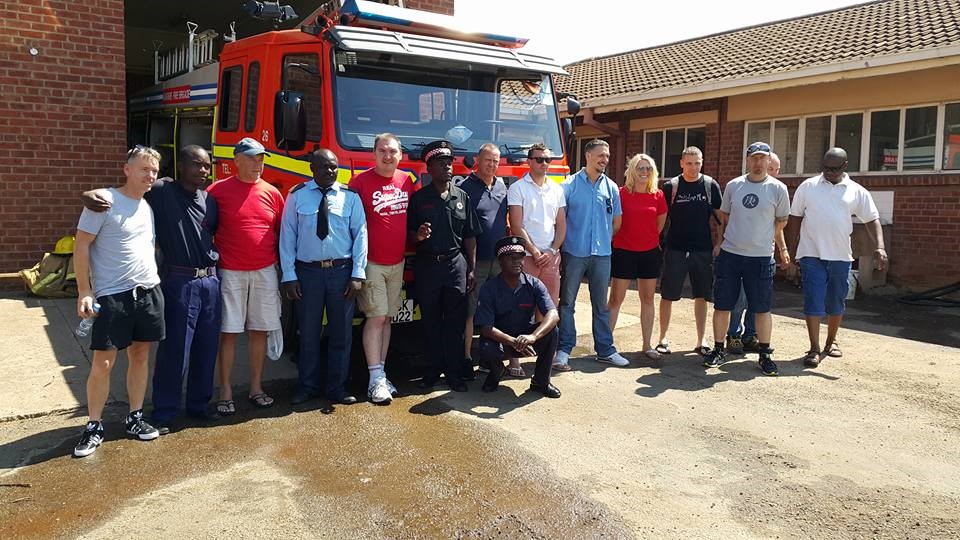 On the 14/08/2015, a team of 13 Operation Florian members set off for Harare, Zimbabwe. This mission was the result of a successful partnership that already exists with the City of Bulawayo, Harare City Council and various Zimbabwean cities and towns. The charity started working in Zimbabwe in 2011 and from then the partnerships have grown from strength to strength. The aim is to provide fire equipment and training to the Harare Fire and Ambulance Service.

Training
The training course commenced on the 17/08/154, was based at Harare Central Fire Station, which also houses the Service Headquarters. The intensive two week training programme covered the following courses:-

In this phase other fire services were involved in the project from the Northern part of Zimbabwe with the aim of improving their emergency response capability. The main focus of the training was in Breathing Apparatus and Road Traffic Collision. On completion of the programme they received a donation of equipment from Operation Florian. These services are:-

British Ambassador Visit
On Friday 21st of August 2015, the British Ambassador to Zimbabwe Catriona Laing visited the Harare Central Fire Station to witness the training being delivered and speak with members of Operation Florian.

Hand Over Ceremony
On the 31/08/2015 an official passing out parade and handover ceremony took place at Harare Central Fire Station, HQ. The event was hosted by Harare City Council and the Mayor. The event started with welcoming speeches. This was followed by a several demonstration drills by the firefighters showing new skills and techniques learnt during the training using the donated equipment. Closing speeches then followed. The main theme of the speeches was the considered success of the mission by all concerned. There was also genuine willingness and hope that this relationship with Operation Florian would continue and there would be a Phase 3 mission in 2016. This next mission would possibly include courses, such as, Advanced Community Fire Safety, Road Traffic Accident Course, Breathing Apparatus Course, Incident Command Course, Technical Fire Safety, Trauma Life Support Ambulance Staff Training and Appliance Driving Course. The number of agreed courses would dictate the size of the Operation Florian team.