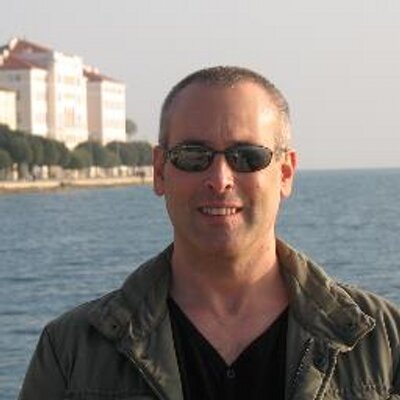 The charity was devastated to hear that Vinko passed away suddenly in January this year. The article below in a Croatian Fire Journal highlights the tremendous contribution he made to the work of Operation Florian and his region. Rest in Peace Brother.

Vatrogasni Viesnik is the Croatian Firefighters Journal which highlights key events, discussions and all aspects of the profession.

Vinko Bakija, university professor, doctor of science, senior lecturer at the Department of Tourism of the University of Zadar, but also one of the key people in the most sensitive days of the revitalization of firefighting on the island of Brač, died suddenly in Zadar on January 31, 2021.

In an attempt to revive the tradition of volunteer firefighting on our largest central Dalmatian island after the Homeland War, the whole initiative was based on energy, enthusiasm and pure stubbornness of a group of people, including Vinko Bakija.

He was the main link in the realization of donations on which the work of Brač firefighters depended in those post-war times and, on the Croatian side, one of the key implementers of “Operation Florian”, eight years of cooperation with firefighters from Great Britain. Brač, and later throughout Croatia, constantly supplied with valuable firefighting equipment and vehicles.

It was one of the cornerstones on which our present-day Brač fire brigades rest, organized according to all the rules of the firefighting profession, in the laying of which the hands of Professor Bakija were inevitable and unquestionable.

The sudden death of Vinko Bakija is therefore an irreparable loss, not only for the academic community in which he worked professionally, but also for the fire service, whom he selflessly helped with all his knowledge and abilities in its most sensitive moments.

The humanitarian organization “Operation Florian” based in England, established in 1994 to aid rescue and fire brigades in the Republic of Croatia, delivered in the period from 1994 to 2002 to the territory of the Republic of Croatia 70 fire engines and large quantities of fire equipment such as personal and group protective equipment, breathing apparatus sets, fire fittings, rescue equipment, resuscitation devices, etc.

The peculiarity of these actions was that the donations were directed to areas where the fire organization was not able in the foreseeable future to procure satisfactory engineering and equipment (war-torn areas) and the development of fire and fire protection was given significant impetus.

The provision of aid, which began in 1994, primarily as a cooperation based on contacts between the voluntary fire brigade Supetar and the humanitarian organization “Operation Florian”, branched out and expanded to such an extent that the amount of collected firefighting equipment in England was too large for the island of Brač and in 1996 the cooperation was raised to the level of the Republic of Croatia.

Through “Operation Florian”, initiatives have been launched regarding the involvement of the Croatian Fire Association in the international fire organization NFPA, cooperation has been established between manufacturers of firefighting equipment, in the field of training of firefighters, working with firefighters-cadets, etc.

“Operation Florian” also provided significant assistance to the Mountain Rescue Service and hospitals in the Republic of Croatia.

For all the above, the President of “Operation Florian”, Steve-Owen Hughes, was awarded the highest fire decoration of the Croatian Fire Association, Mirko Kolarić Charter, with special thanks to fire-chief Michael Anthony Doherty and hundreds of other British firefighters, who through this humanitarian and voluntary cooperation have brought immense benefits.

It should also be noted that this cooperation would never have been possible without many years of voluntary engagement of members of “Operation Florian-Croatia” led by Nikica Maričić, Ivica Vranjičić and especially the late prof. Vinko Bakija.